Arequipa is a department of many surprises and the Laguna de Salinas is a place that no traveler can miss.

If you are traveling through Arequipa, one of the most important natural attractions that you cannot miss is the Salinas y Aguada Blanca National Reserve. This attraction, along with the Colca Valley, are the two natural sites that attract more tourists eager to marvel at the scenery of the Peruvian highlands.

This wonderful salt lake is part of the Salinas y Aguada Blanca National Reserve and attracts many tourists. Ready to visit it?

The Peasant Community of Salinas Huito

Within the district of San Juan de Tarucani, at kilometer 120 of the old Arequipa-Puno highway; to the left side of the snowy Pichu Pichu, on the slopes of the Laguna de Salinas, at a height of 4,300 m.a.s.l.

Its limits are as follows; to the West with the district of Chiguata; to the East with Ichuña; to the South with the communities of Salinas Moche and Santa Lucía de Salinas; to the north is the community of San Juan de Tarucani.

Salinas Huito has an area of ​​31,793 hectares, while the Reserve in which they are located has 366,936.00 hectares. According to the National Service of Natural Areas Protected by the State (SERNANP).

The territory is characterized by the presence of the Ubinas, Misti, Pichu Pichu volcanoes, the Salinas lagoon and numerous bofedales, which store and regulate water for the use of the community.

To eliminate problems with Salinas Moche (located in Moquegua) a boundary document was drawn up dated December 29, 2004, setting limits between both communities.

“The boundary of the community of Salinas Huito begins at a point called Horquetilla del Nevado Pichu Pichu, from where it descends in a curved line towards a point called Sorallane; from there it goes down in a straight line to a point called Geraverapata, which is located on the bridle path that goes from Arequipa to Ubinas, from there it continues to the Chillia Cueva hill, until crossing the road that comes from Arequipa to Matalaque, continuing in line Straight to the point of Pozo Grande, which is located in the Laguna de Salinas passed through the following milestones: San Francisco, Santo Domingo, large well, 615 linear meters from said milestone passes to the site called Montón Grande.

From Arequipa there are two ways to get to the community: the first through Pampa Cañahuas, on a detour from the highway that goes from Arequipa to Colca, passing through the community of San Juan de Tarucani. The second route is the one that passes through the old Arequipa – Puno highway; leaving through Chiguata; the section from here is a dirt track. In both cases the trip lasts between 2 hours and a half to 3 hours.

The community is located in the Puna region, which makes it have quite low temperatures of -14 ° C (degrees centigrade) and the highest in October and November of 18 ° C.

On the slopes of the hills is the Pampa de Salinas, where the Lagoon of the same name is located, made up of several layers of boron, sulfur, saltpeter and salt, which vary in thickness from centimeters to meters, which form the salt flats when the water evaporates.

Discover more about the Salinas Lagoon

The Laguna de Salinas is located in the department of Arequipa and is within the National Reserve of Salinas and Aguada Blanca. It has an area of ​​354 hectares where nature is present at all times, being a real show for visitors.

When it was discovered, the importance of the Laguna de Salinas rested on the vicuñas and their protection. However, the ecosystem of this space soon represented something more valuable, especially the salt lake for which it is so well known today. Finally, in 1979 this natural space was created through Supreme Decree Number 070-79-AA.

When you visit the Laguna de Salinas you will find a space ordered by a network of paths that, among their different reasons, allow the protection of the area. On these paths, you will have the opportunity to see all the attractions that surround the Salinas Lagoon, admire the natural landscapes and feel part of the ecosystem.

What to see in the Salinas Lagoon?

In the Laguna de Salinas there is much to discover. It is known that tourists who visit this place are amazed by the abundant nature. For example, whoever goes to the Laguna de Salinas will find the Huarancante and Chuccura snow-capped mountains, which are impressive due to their beauty. The view of these two mountains is spectacular and many take the opportunity to take photos.

The Laguna de Salinas is a great natural paradise, experts say so and its bofedales (wetlands) and lagoons prove it. Walking through this place, you will find the Chalaque and Turca rivers, whose waters are calm and fed by the previous ones.

When touring this tourist attraction, you can glimpse small hot springs. Without a doubt, in the Laguna de Salinas there are different natural attractions that captivate anyone.

The show continues thanks to its fauna. Different types of animals live in the Laguna de Salinas, the most popular being the flamingo. Here you can see many types of flamingos, among which are the common, the James and the Andean.

In addition, the Laguna de Salinas is a place of passage for more than 20,000 types of migratory birds such as the Tringa flavipes, the Calidris fuscicollis or the Phalaropus tricolor.

How to get to the Salinas Lagoon?

Then, you have to choose between two routes. The first is to continue on a road towards the Salinas lagoon. This journey lasts 3 hours. The second route directs the traveler to the Toccra Interpretation Center. This second alternative is a 2 and a half hour journey.

Climate in the Salinas Lagoon

Due to the height at which it is located (approximately 4,300 meters above sea level), the Salinas Lagoon is a tourist attraction with a very cold climate. In fact, at night the temperature can drop to minus 20°C, making it impossible to visit during this time of day. The rain is also very present in the Laguna de Salinas, therefore, if you want to avoid it, it is advisable to go between the months of January and March.

What else can you see in Arequipa?

No one should be left wanting to get to know all of Arequipa. Therefore, if you are already in the department, here we show you other tourist options in addition to the Salinas Lagoon. Let the tour begin!

A great place to visit, essential on the trip to Arequipa, is the Colca Canyon. With a depth of 4,160 meters, it is one of the deepest canyons in the world. It is perfect to forget about obligations and clear your mind by connecting with nature.

Of course, every traveler must be careful because the Colca is located at a great height, so it is always recommended to take some medicine to avoid any inconvenience. An activity that cannot be missed is the sighting of the condor, the vizcacha or the puma.

In Arequipa there is also the Misti Volcano, known by all Peruvians. At 5,822 meters above sea level, it is very easily accessible, so any interested traveler can schedule a trekking route here, but keep in mind that the volcano is active. The 1998 expeditions found skeletons here, so it is believed that it was a place where human sacrifices were made.

For lovers of history and architecture, there is the Santa Catalina Monastery, one of the main tourist attractions in this department. It is a monastery built in pink and white ashlar, it has large patios, gardens and small squares.

It was inaugurated in 1970 with the aim of educating the daughters of the wealthiest families and, today, it is known that more than 300 women entered it during the 18th century.

If you want to visit Machu Picchu, we recommend you to book your Machu Picchu Entrance Tickets in advance, so you will enjoy your Vacation in Machu Picchu without any problem.

The Responsible People foundation is registered under the Peruvian Non-Profit Organization Act. With an annual contribution from Inca Trail Machu, we support our operating costs as well as a significant portion of project development costs.
Most Popular Trips
Rainbow Mountain to Short Inca Trail 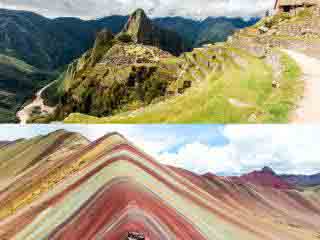 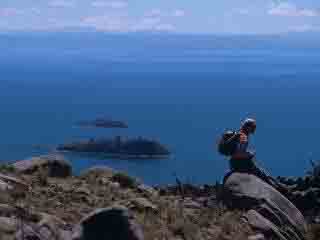 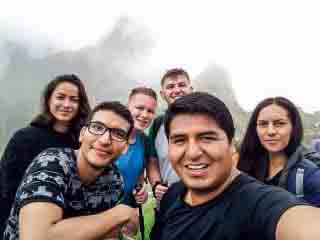 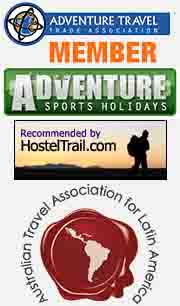